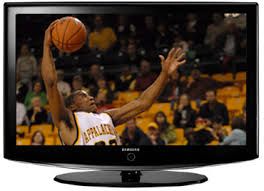 The last place you would expect to see a commercial for the National Basketball Association would be during Nick at Nite on Nickelodeon or during an episode of House Hunters on HGTV. However, according to Ad Age, the NBA will begin advertising on these television channels as part of a new strategy to attract more viewers.

The campaign called “This Is Why We Play” highlights fans, kids, players and coaches in a way that traditional NBA commercials do not. The NBA knows that the way to appeal to casual fans is not by showing highlight reels on sports networks but instead by broadening the message to reach a larger fan base.

In order to grow and expand, the NBA knows they need to target markets with fresh ideas and the Multifamily industry needs to do the same. Too often we become stagnant with marketing and think that what we’ve done in the past will suffice. We need to get creative and rethink our strategy in order to advertise to pockets of potential new “Nickelodeon and HGTV” prospects.

What creative ideas have you implemented at your property to attract new prospects?