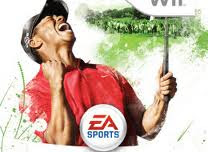 For any person that is in business, at some point in time they have probably had to deal with online comments made by a customer, whether they were positive or negative (i.e., ApartmentRatings).

Obviously handling a positive comment is significantly easier to address. A “thank you for your business and positive feedback” will suffice as a great way to follow-up the comment, because you always want to show that you are listening to your customers, especially when they are positive.

Now, in the event that one is attempting to address a negative comment, then the situation must be dealt with much more carefully when it comes to addressing the disgruntled patron. The worst way to handle a negative comment is by getting in a war of words with the customer accusing them of making false accusations attempting to deface the product or company. It is best to let the individual know that as a company, you are sorry that the person’s expectations were not met and hopefully they will give the company the opportunity in the future to make up for the unfortunate transgressions that occurred during their first experience with the company.

One great venue that a responder can put together is a video response that addresses the negative comments of the critic. This will show that some real thought was put into the response to the customer and it also allows for some creativity to flow in the response. I found an awesome example on Social Media Examiner of a response EA Sports collaborated that not only addresses the critic directly, but does so with some humor and creativity.